Abby, with Klonoa, are surprised in werehog forms

Abby and Klonoa are scared

Abby and Klonoa in werehog forms 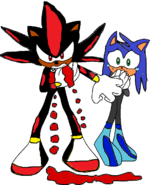 Abby, crying, is shock to see Shadow, bleeding to death

Abby as Constable in Luna the Hedgehog and SHADOW

Abby not being Constable in Luna the Hedgehog and SHADOW 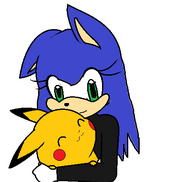 Abby holding Werehog Ash's Pikachu
Add a photo to this gallery
Retrieved from "https://sonicthehedgehogfanon.fandom.com/wiki/Abby_the_Hedgehog?oldid=8268"
Community content is available under CC-BY-SA unless otherwise noted.